On Thursday 20th May 2021, Tanzania Baseball and Softball Association (TaBSA) top leaders visited the Visually impaired students at the Dar es Salaam University College of Education (DUCE) and provided them with sports gear.

During a short hand-over ceremony, TaBSA general secretary Mr. Alpherio Moris Nchimbi said that,  currently, DUCE is the first centre to be given baseball sports gear. He urged that such gadgets should be in use but also kept safely. He further said that, from the given circumstances, DUCE is expected to provide keynote players for national and international competitions.

In response, the College Principal, Prof. Stephen Oswald Maluka, expressed his heartfelt appreciation to TaBSA and the donors for the support, and declared to take intensive care of such sports gear which are equally scarce. He said baseball is a sport that is truly unique, fun, rather than competition, challenging oneself enough to improve lives.  “Our expectation is to empower DUCE so that it becomes the baseball/softball training centre”. He emphasized

On his side, the Head - Special Education Unit in the College, Mr. Benigno Kumpanga declared that baseball is one of the few platforms on which the Visually impaired students can engage in terms of competition. He further insisted that, on such a platform, Blind students can form meaningful social interactions with other people.

In February 2021, TaBSA signed a Memorandum of Understanding (MoU) with the Dar es Salaam University College of Education (DUCE) aiming to introduce special education athletes to Baseball for the Blind (B4B). The College has made a MoU with TaBSA to enable the Visually impaired students to take part in various games and sports.

Baseball and Softball is a growing sport that was introduced in Tanzania in January 2012. Since then, the sport has been played frequently in Secondary Schools and the number of students practicing it has kept on increasing. On 12th May 2014, TaBSA was registered by the National Sporting Association (NSA) which is responsible for the administration, conduct, control and development.

The Principal, Prof. Stephen Oswald Maluka (center) receiving some of the sports gear on behalf 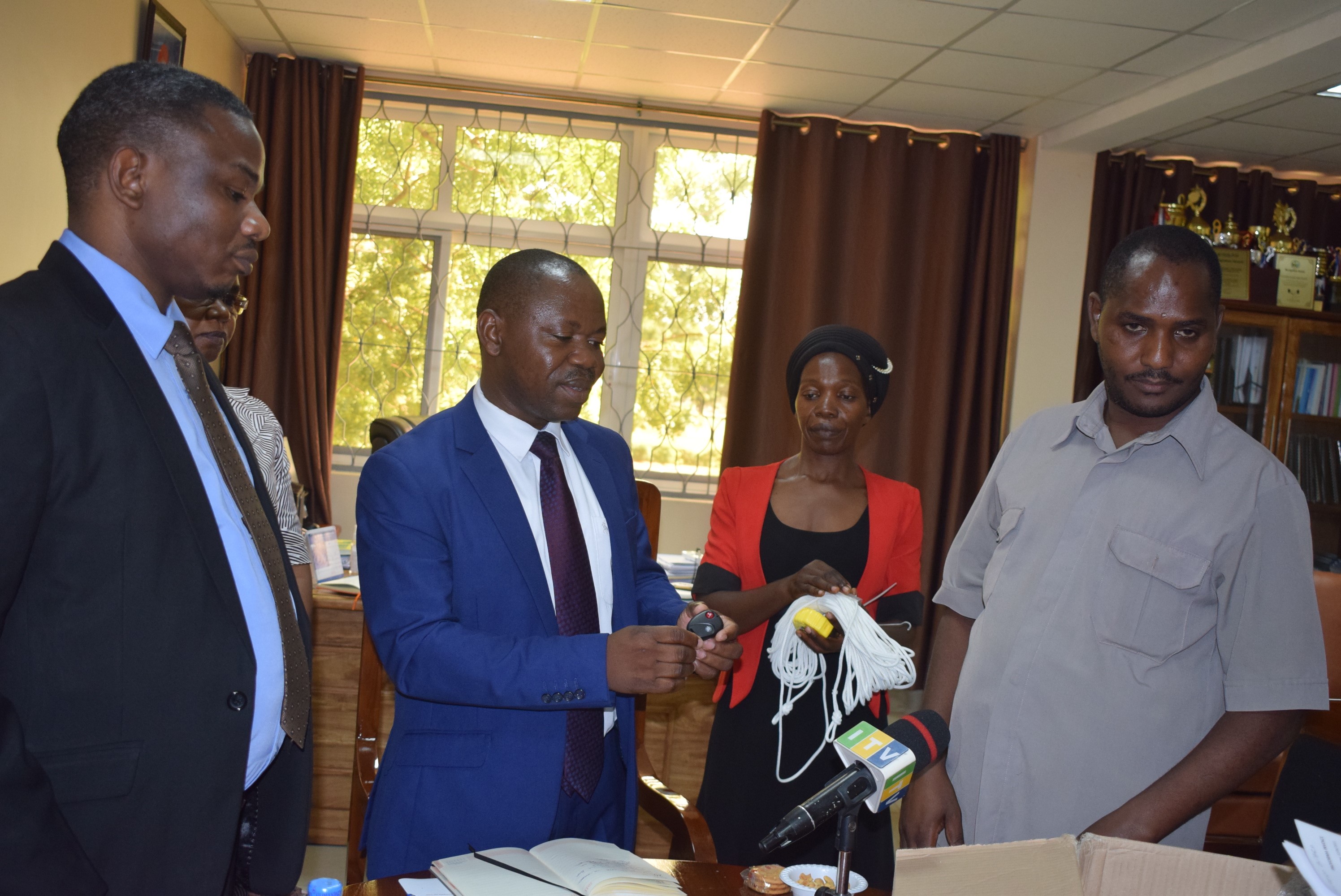 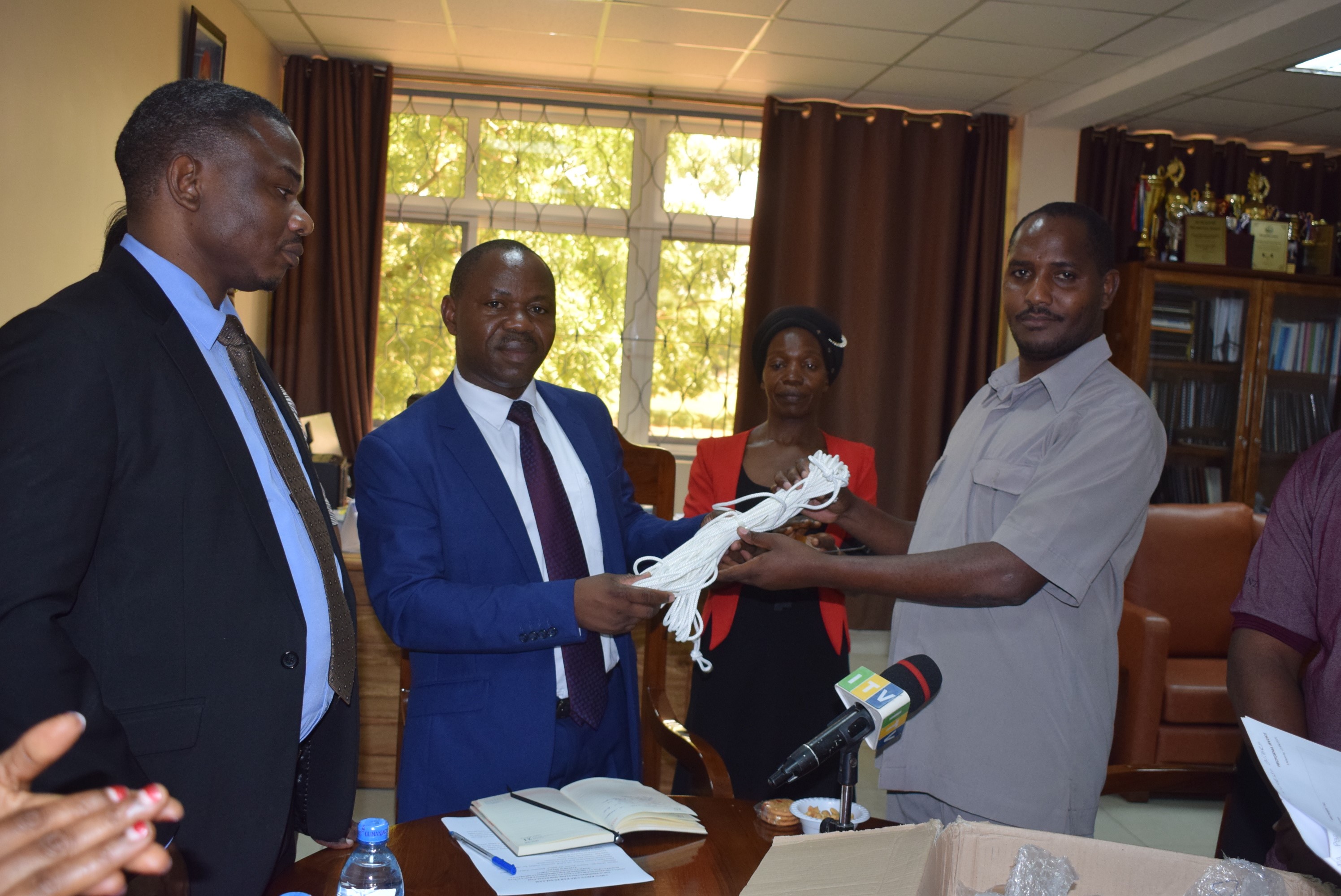 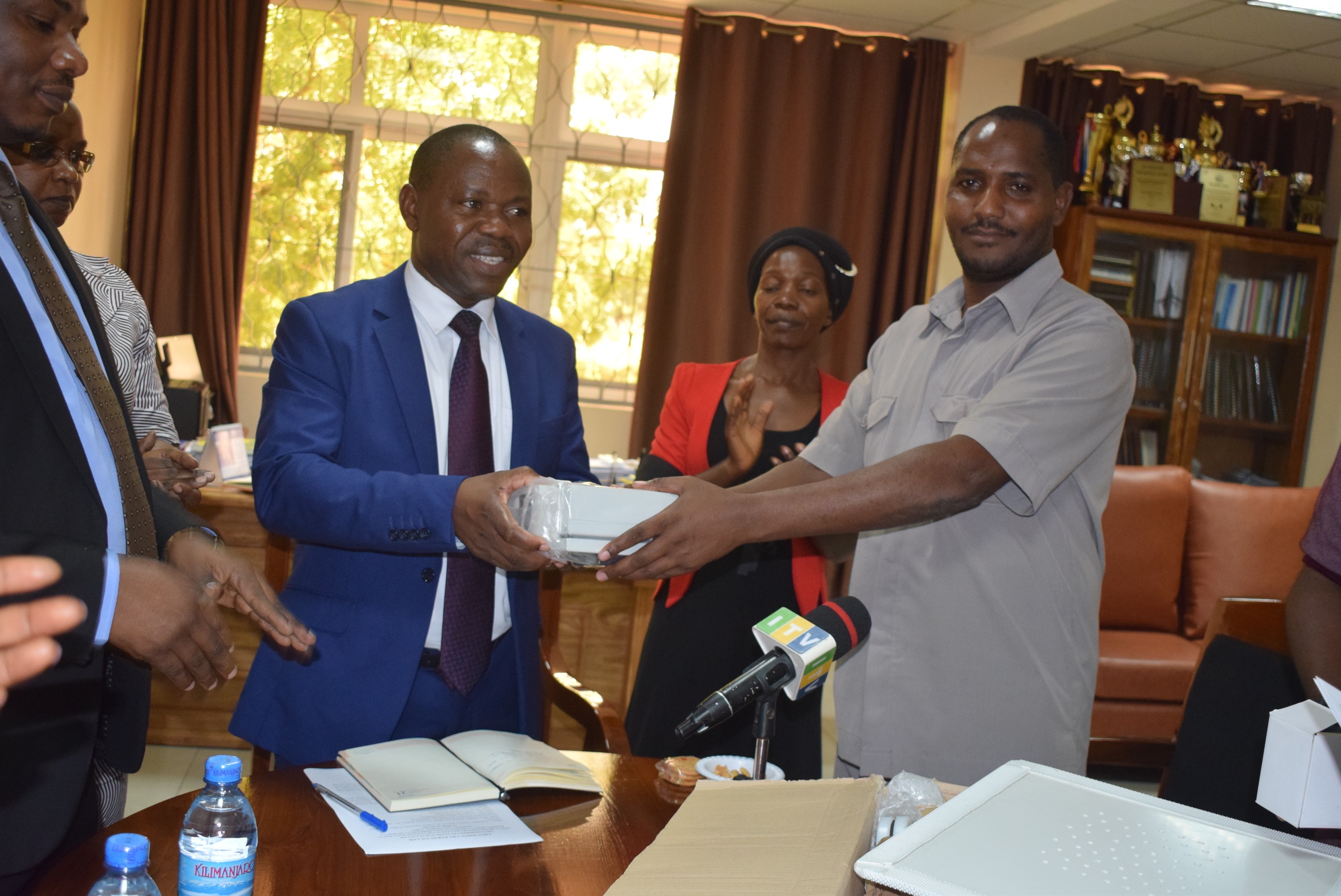 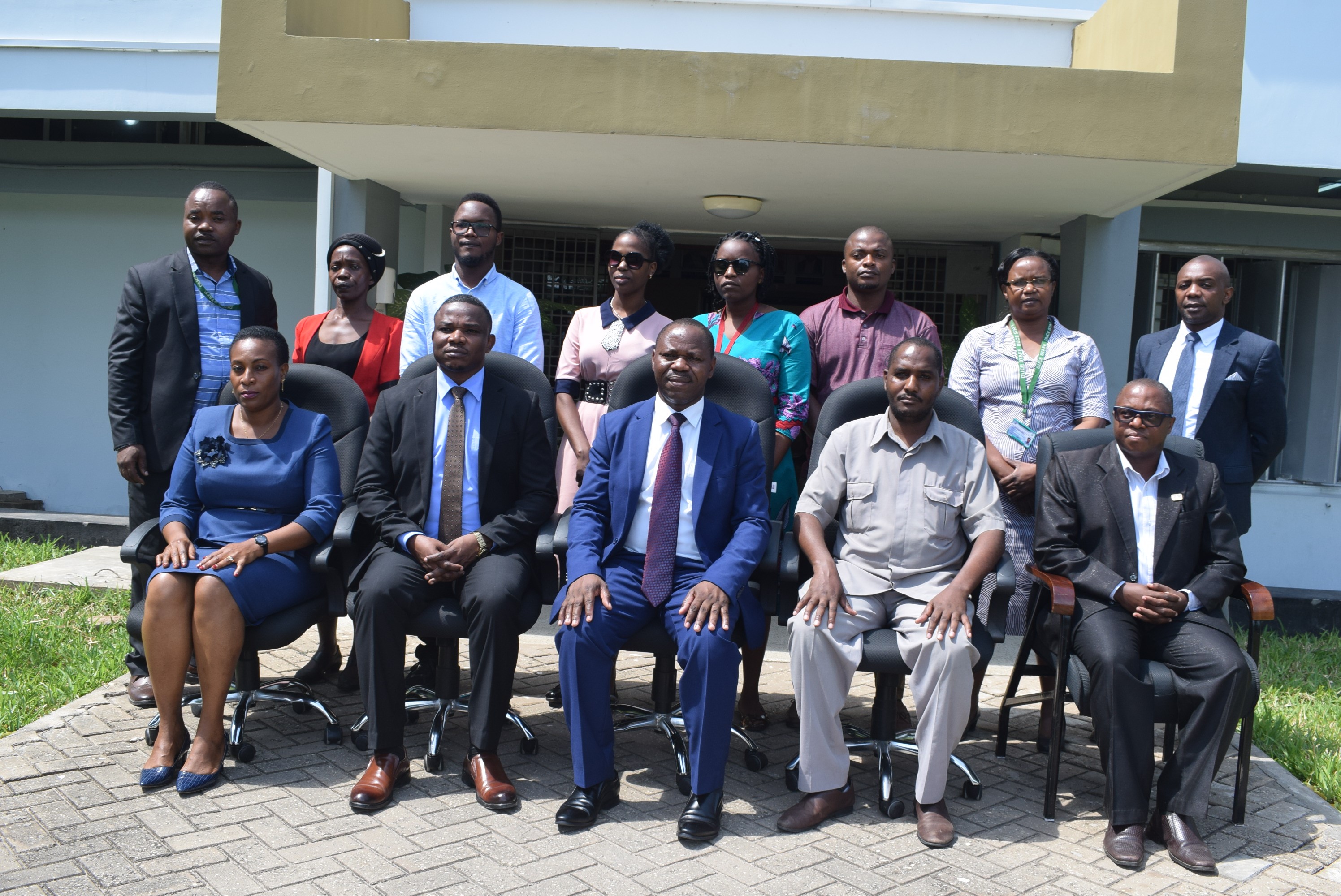 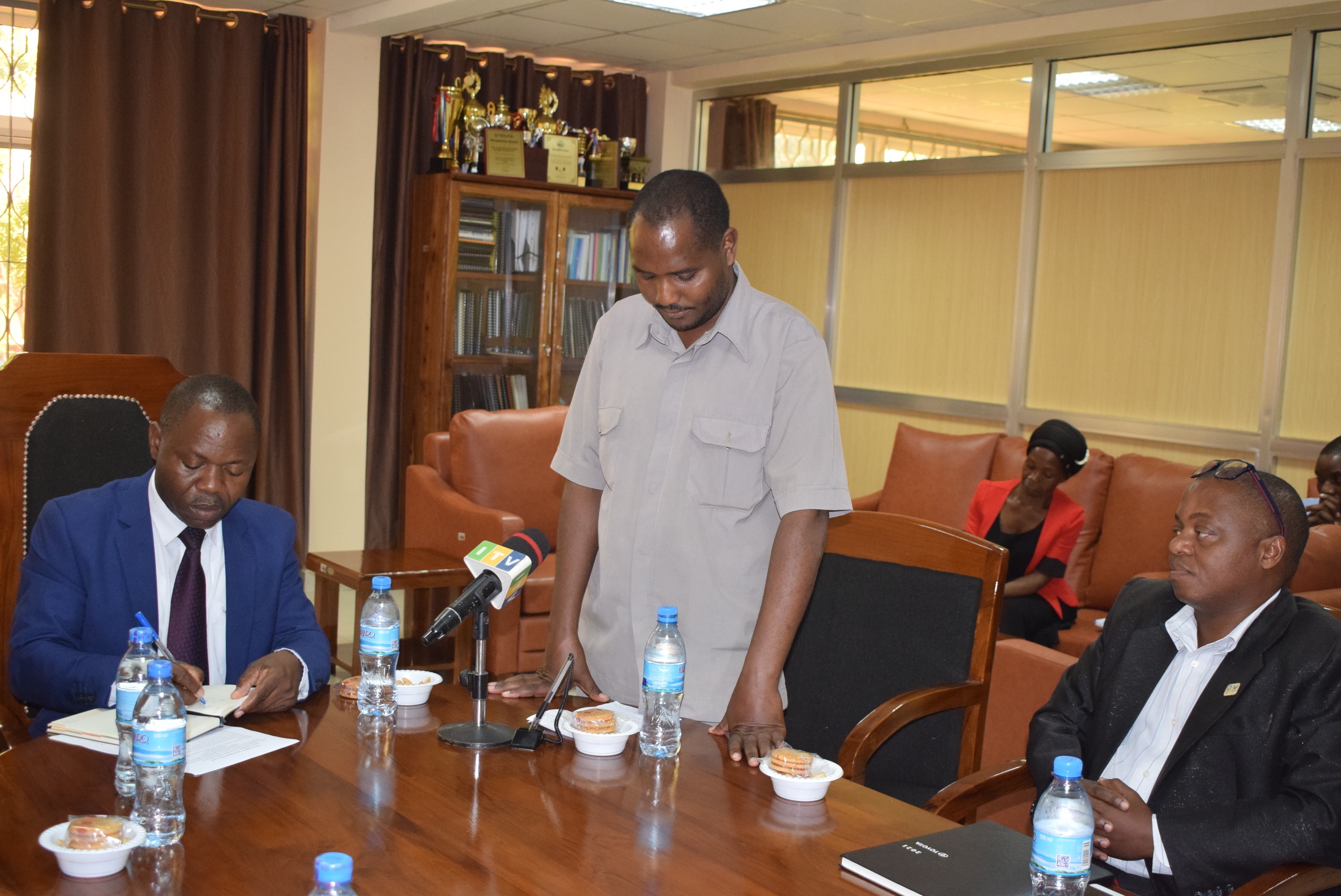