Report of the 2020 General Election in Tanzania 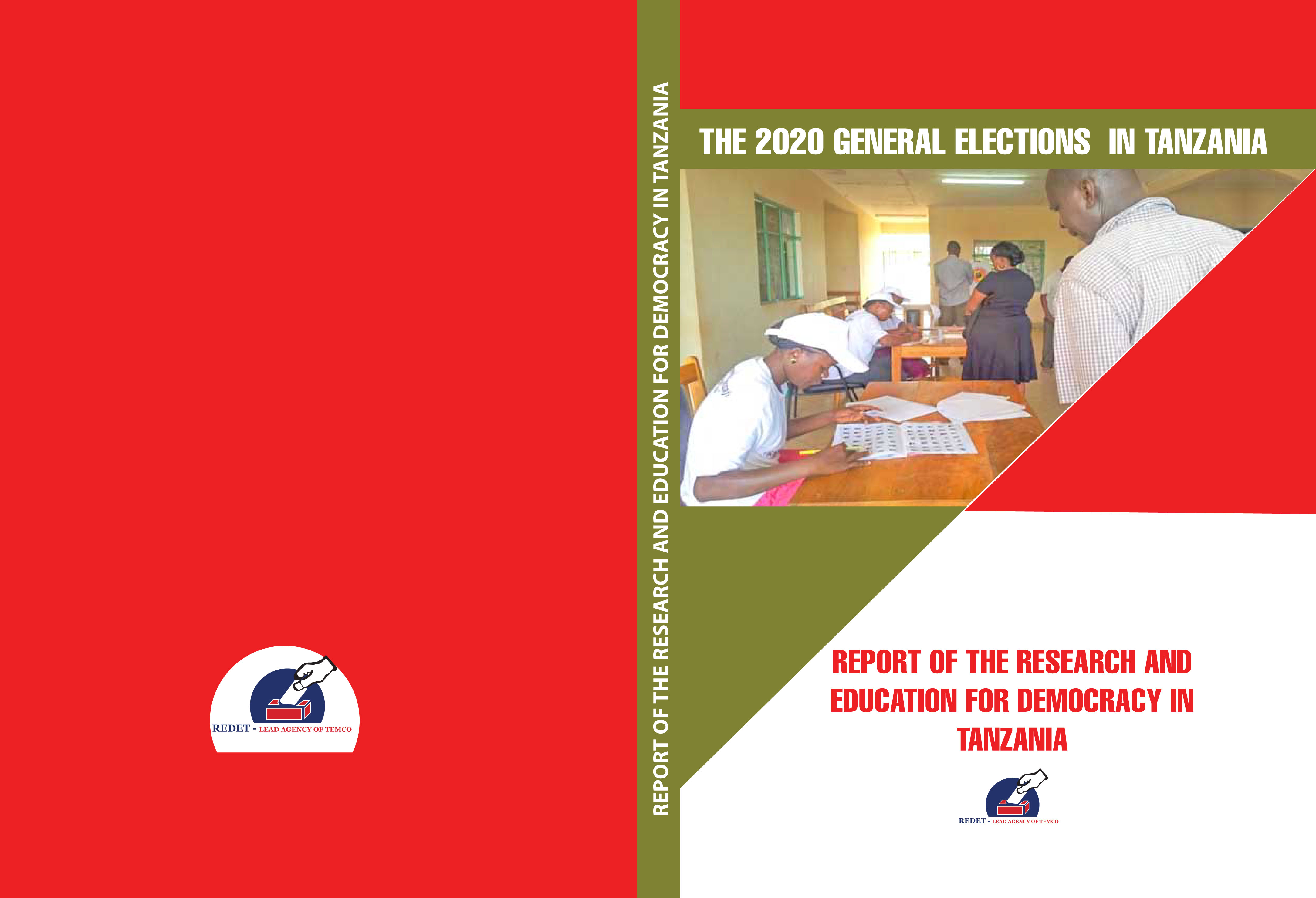 Elections are processes that give citizens in a polity an opportunity to vote for individuals or groups for public office. Elections are a critical means for sorting out competition for power and domination under liberalism. They constitute a formal act of collective decision-making, comprising several key steps. These steps include agreeing on the rules of the game including constitutions, electoral laws and procedures, nomination of candidates, campaigns, voting, vote counting, declaration of results and, lastly, acceptance or rejection of the results. History has shown that anything can go wrong at any one of these or even all the steps intentionally or otherwise, hence the need for election monitoring.

In addition, the re-emergence of liberal democracy in Africa in the early 1990s relied on election monitoring as a critical component of such experience for three main reasons. To begin with, in many countries democratization was induced by a combination of domestic pressure and international forces; it was not freely and voluntarily given. There was, and still is, suspicion regarding the sincerity of the state and the neutrality of election management bodies. Secondly, the adoption and continued use of single party constitutions and laws albeit with a few minor amendments to accommodate multiparty competition continued to feed into to the above-mentioned suspicion. Most of these constitutions provide for strong executives versus other branches and Election Monitoring Bodies (EMBs) with doubtful neutrality. Thirdly, the persistence of single party political practices of suppression of dissent and treatment of the opposition as enemies continued. Furthermore, the persistence of a political culture characterised by subject competence rather than by citizen competence presented an obstacle to the emergence of strong democratic institutions (Almond and Verba, 1963). Overall, most of the people remained quiescent and submissive subjects rather than confident competent citizens seeking to exert influence on the political system (Mushi, 2001).

It is for these reasons that the Department of Political Science and Public Administration at the University of Dar es Salaam, through the Research and Education for Democracy in Tanzania (REDET) and Tanzania Election Monitoring Committee (TEMCO), sought to continue with the tradition first introduced during the one-party elections in 1965 of researching and monitoring Tanzania’s first multi-party elections in 1995.

Was such election observation still necessary after twenty-five years of multi-party polls? The answer was in the affirmative particularly because Tanzania’s democratic consolidation had not been smooth and assured, let alone complete as one might have wished. The constitution still lacks critical democratic elements. Meanwhile, efforts aimed to write a new constitution have stalled since 2015. Political parties have not had sustained strengthening. Their impressive performance during the 2014 and 2015 local government elections, for example, have been followed by an implosion that have left them divided and weak as this report illustrates. Civil and political liberties have been conditional and subject to numerous laws and regulations. They are also at the state’s discretion through the police and other state organs. Past elections have not been determined to be free and fair. The 1995 elections were determined by TEMCO to have been free but unfair whereas subsequent elections freeness and fairness was qualified. Tanzania has passed Valenzuela’s (1992) second election test, which regard to the country moving towards democratic consolidation after holding subsequent elections following the inaugural multi-party polls. On its part, Tanzania has held four elections from 1995 to 2020. In other words, multi-party democracy had survived for 25 years. Thus, Tanzania passes Rustow’s (1970) longevity test. Indeed, the competitive political regime had survived long enough. However, Tanzania has not experienced alternation in power between political parties, although some parliamentary and councillorship positions have changed hands between political parties.

In addition, there has been regular leadership succession within the ruling party. The critical threshold of whether a ruling party can readily accept defeat and pass over power to a victorious opposition party, which is regarded as critical in democratic consolidation, has yet to materialise (Huntington, 1991; Przeworski, 1991). Clearly, democratic consolidation in Tanzania remains a game in progress, hence the need for continued election observation. The 2020 elections were supposed to be a low-key affair because the incumbent President Dr. John Pombe Joseph Magufuli was running for second term. The ruling party CCM had ensured that his candidature was unopposed within the party, hence enforcing an unwritten rule that the incumbent should be allowed to stand for a second five-year term unopposed. Given the normal difficulty of unseating an incumbent president, it was assumed that competition and political excitement would be low. However, REDET determined that it was still important and necessary to observe the 2020 elections, as potential use of incumbency against the opposition political parties was high.

Two developments characterised the run-up to the 2020 elections. First was the COVID-19 pandemic, which hit the entire world, including Tanzania. President Magufuli dispelled doubts regarding whether elections would be held at all early in the electoral season. He refused to adopt a lock-down strategy in fighting the pandemic. As a result, all political pursuits continued unabated, alongside other socio-economic activities.

Secondly, the passage of new legislation to regulate non-governmental organisations (NGOs), the NGO Act (2019) impacted on the observation exercise. Initially, TEMCO had 22 member-organisations in 1995. Membership increased through the years and reached 183 organisations during the 2015 elections. Membership was anchored by the University of Dar es Salaam, the Tanzania Episcopal Conference (TEC), the Christian Council of Tanzania (CCT), Baraza Kuu la Waislam Tanzania (BAKWATA), and the Tanzania Law Society (TLS). The new legislation under section 2 (b) CAP 337, as amended by Act No. 3 (2019), disallowed faith-based organisations from involvement in political activities. This denied REDET/ TEMCO the contributions of seasoned observers from faith-based organisations. Still, REDET was able to assemble a team of competent and dedicated observers for the 2020 elections. We humbly submit their findings.

Chairperson and Head of the Election Observation Mission