The Nkrumah hall is a building that has been named after Kwame Nkrumah, the first president of the Republic of Ghana. The distinctiveness of Nkrumah Hall has impressed not only the University community, but also the public at large. As the result, the building has appeared in different forum symbolising academic enquiry, excellence and quality. For the appreciation and acknowledgement of the contribution of the University of Dar es Salaam to economic and socio-cultural development, the building has once appeared on the Tanzanian 500 shillings note. It is now a UNESCO National Heritage Building. The Nkrumah Hall has become an iconic symbol of academic enquiry, liberty, and development. On the left is the official picture of Nkrumah Hall. 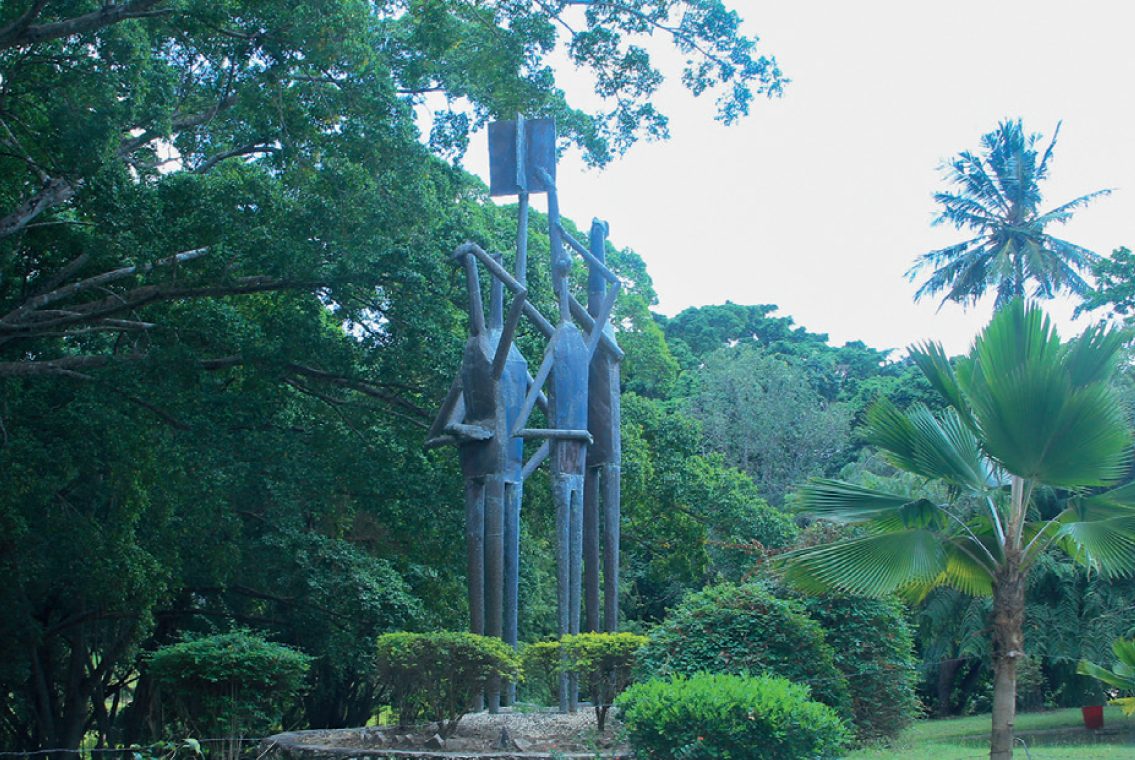 The statue represents the quest and thirst for knowledge. It was created in 1966 and placed in front of the Library, symbolising learning. 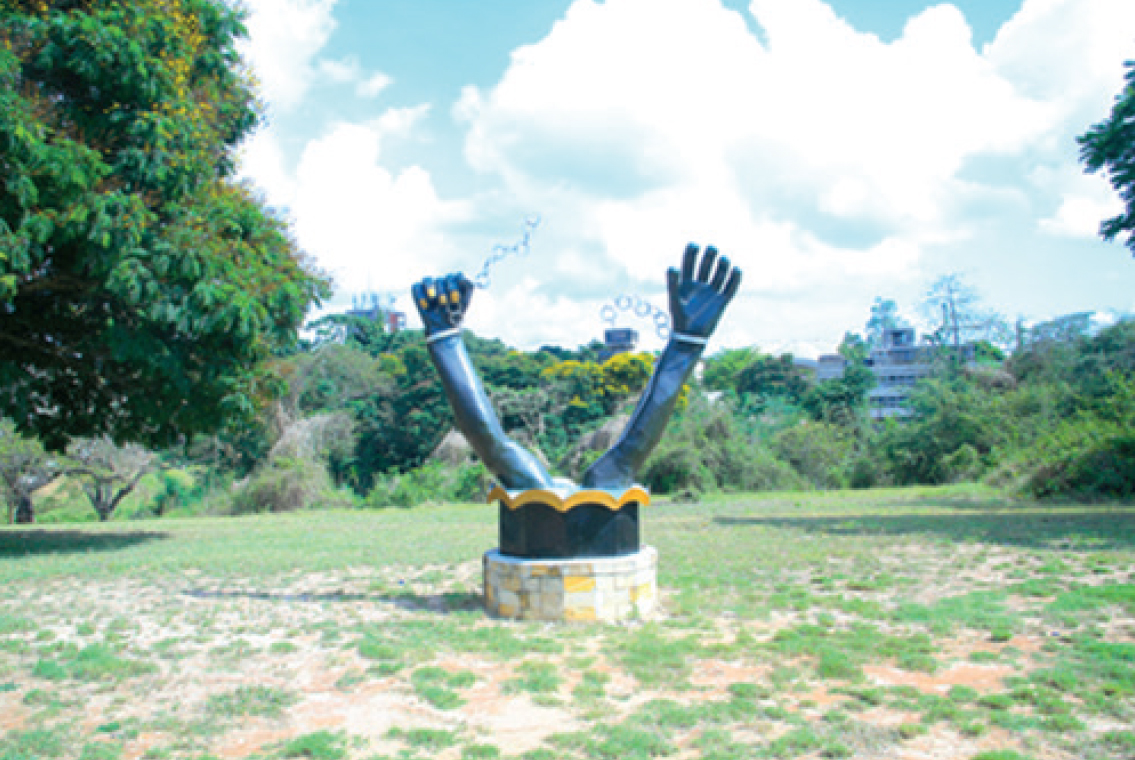 This is a statue located at the top of the Hill, representing the freedom that University of Dar es Salaam education brings. 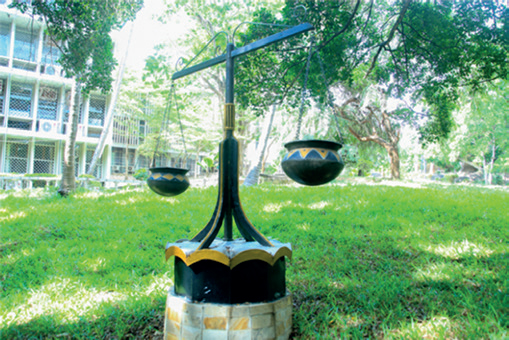 The justice scale statue is located at the University of Dar es Salaam School of Law compound. 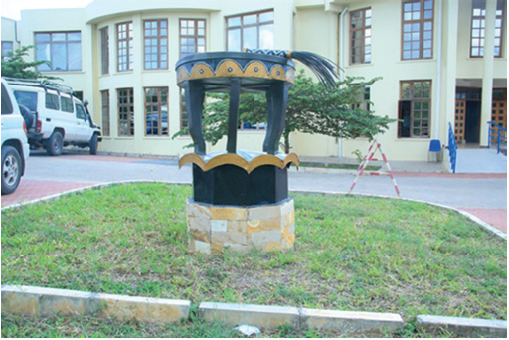 Kigoda is an African stool that chiefs from African kingdoms used to sit on when making pertinent decisions. The Kigoda statue is situated at the Heritage House, representing our cultural heritage. 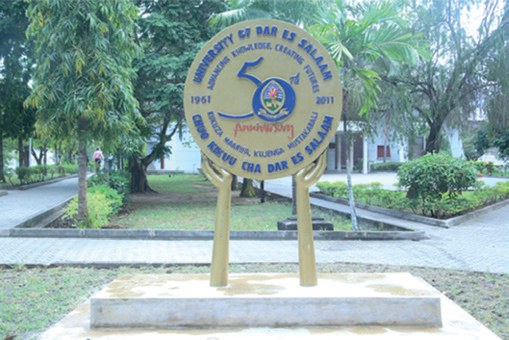 This is a shield in front of the Nkurumah Hall which was placed in commemoration of 50 years anniversary of the University of Dar es Salaam. Heroes Lane This is the place where busts of those who fought for African liberation will be placed. 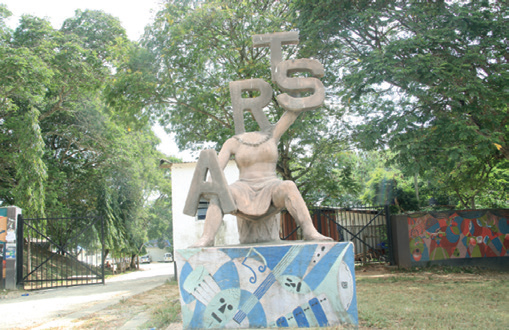 This is a statue is found at the entrance of the Creative Arts Department. 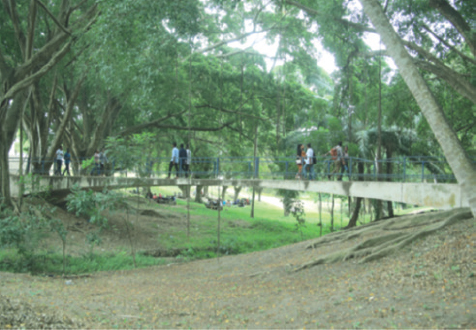 This is the bridge that links students’ social and academic life. 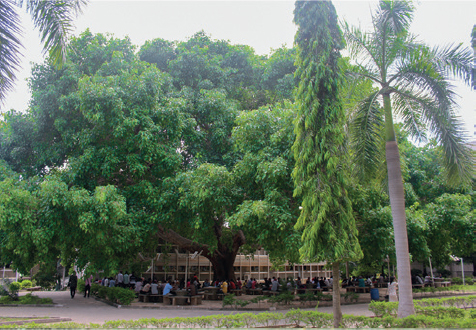 There is a myth that if one studies under this tree, they will successfully attain their degree thus the name Mdigrii in Kiswahili.