The activity was divided into indoor cultural theme exhibition area and outdoor Martial arts performance and experience. The theme exhibition of Chinese culture had five themed exhibition areas:  including interesting paper cutting, Chinese knots, Chinese opera, calligraphy and traditional Chinese costumes. Teacher Zhang Linfang showed the students all kinds of paper-cutting works, among which window decorations were loved by most of the students. Under the guidance of the teacher, the students cut out beautiful window decorations. The Chinese knots are rich in shapes and have beautiful meanings. The students chose their favorite colors and diligently tie their first Chinese knot. In the opera exhibition area, teacher Zhang Yinfeng's "proud disciple" William attracted people's attention with a melodious and graceful "Ode to Pear Blossom". William's appearance was great; his singing was also very good. After watching the performance, the freshmen simply learned the movements of Beijing opera, and many students said that they wanted to participate in the opera class. Calligraphy is the art of Chinese characters. Teacher Wang Panfeng showed the students "four treasures of the study" and explained in detail how to hold a pen and how to write correctly. The students actively experienced and felt the charm of calligraphy. In front of the traditional costume exhibition booth, students tried on Cheongsam and long-gown to learn about the characteristics of Chinese clothing and feel the Chinese style. 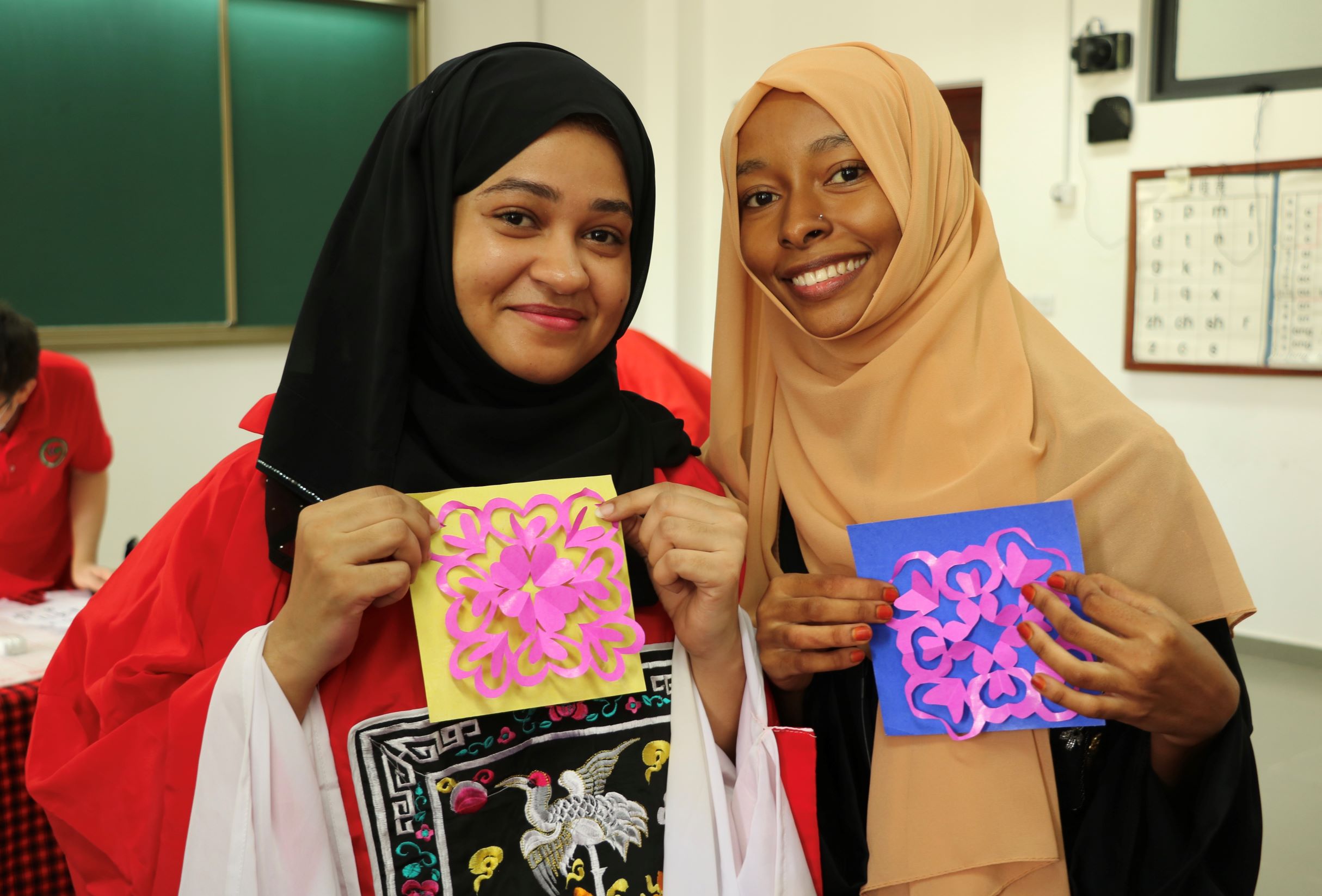 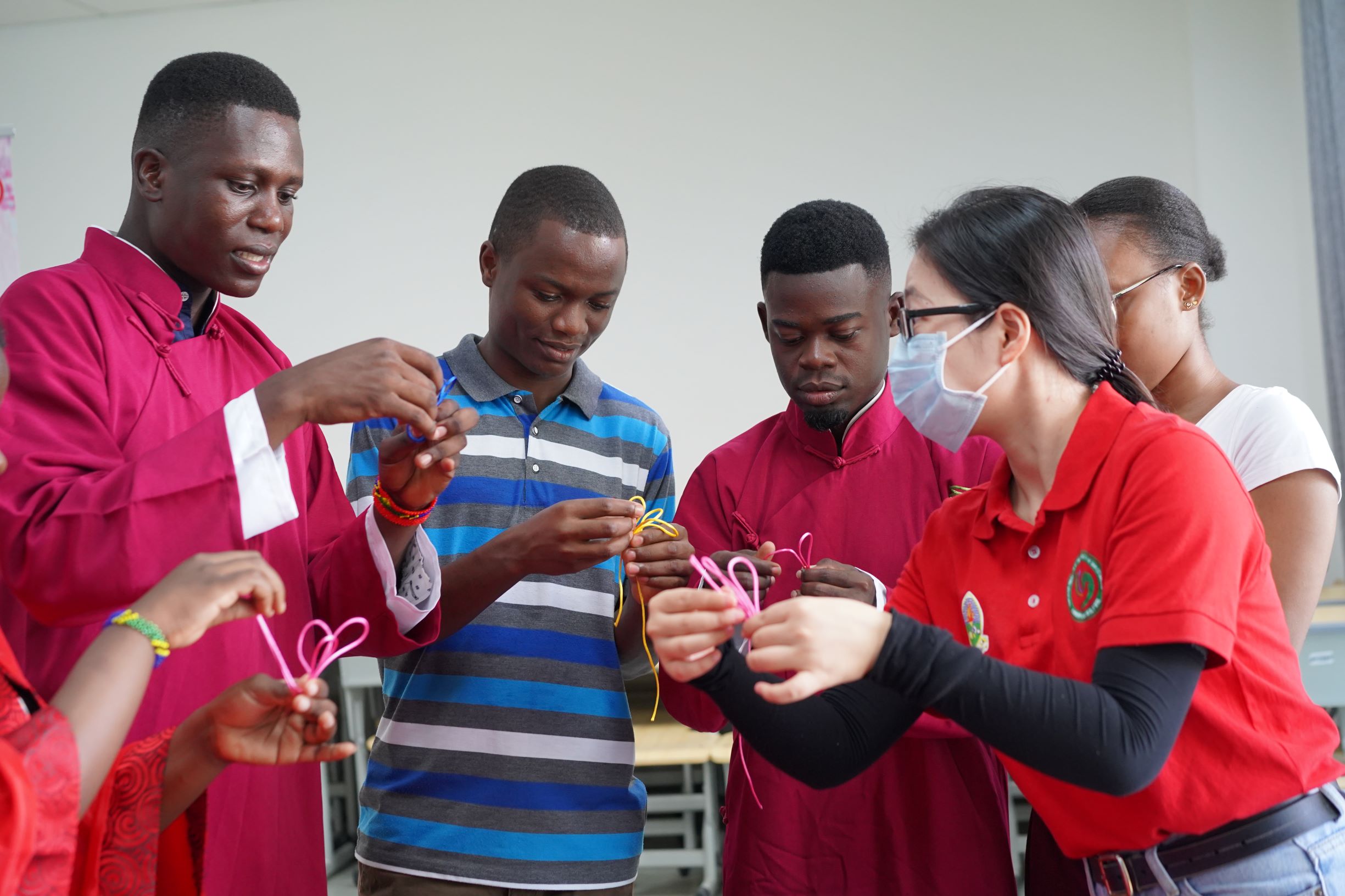 Learning how to tie Chinese knots 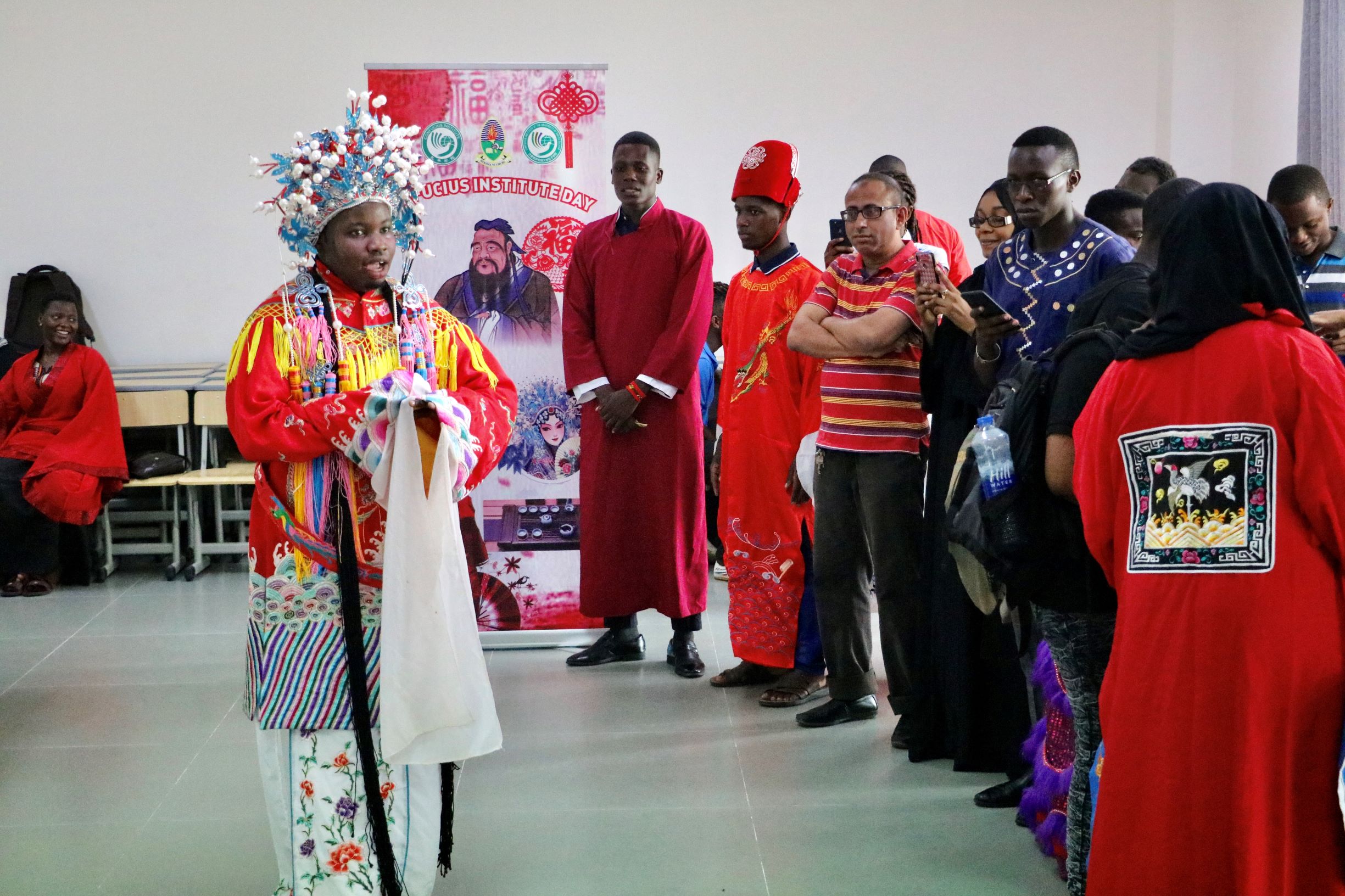 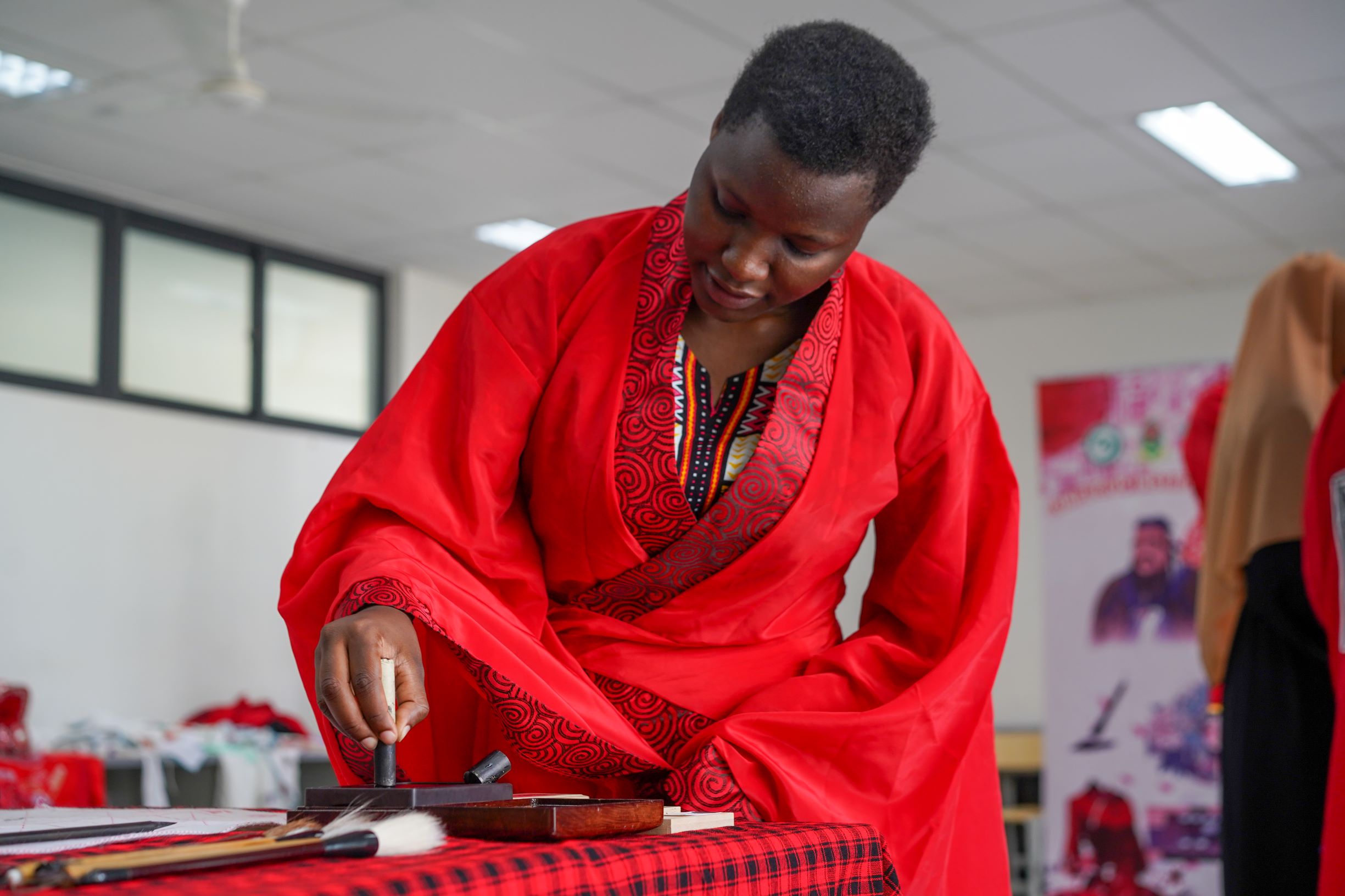 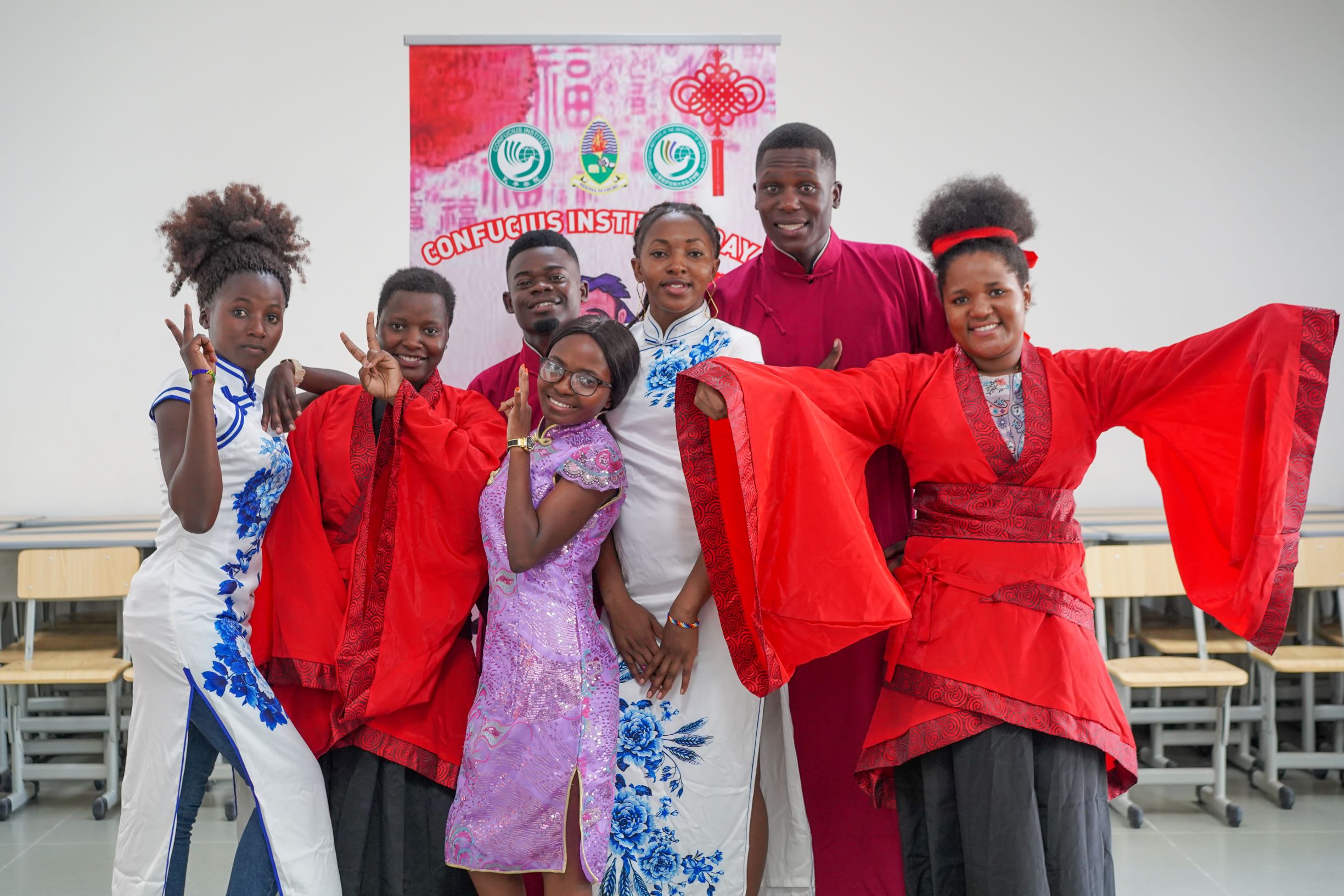 With the sound of gongs and drums, the martial arts performance began. Mr. Guo Shoujing led the students of the martial arts class to play "Tai Chi". Their movements were swift and flowing, soft and strong, which won the applause of the scene. With the sonorous and powerful drumbeat, the dragon and lion team made a brilliant appearance. I saw the lion's expression vividly, sometimes majestic, sometimes naive. Then they raised the dragon again, with strong and vigorous steps, showing the majestic appearance of the Chinese dragon. During the dragon dance experience, under the guidance of Mr. Guo, the students danced with the rhythm of the drum beat, and there were cheers on the spot. 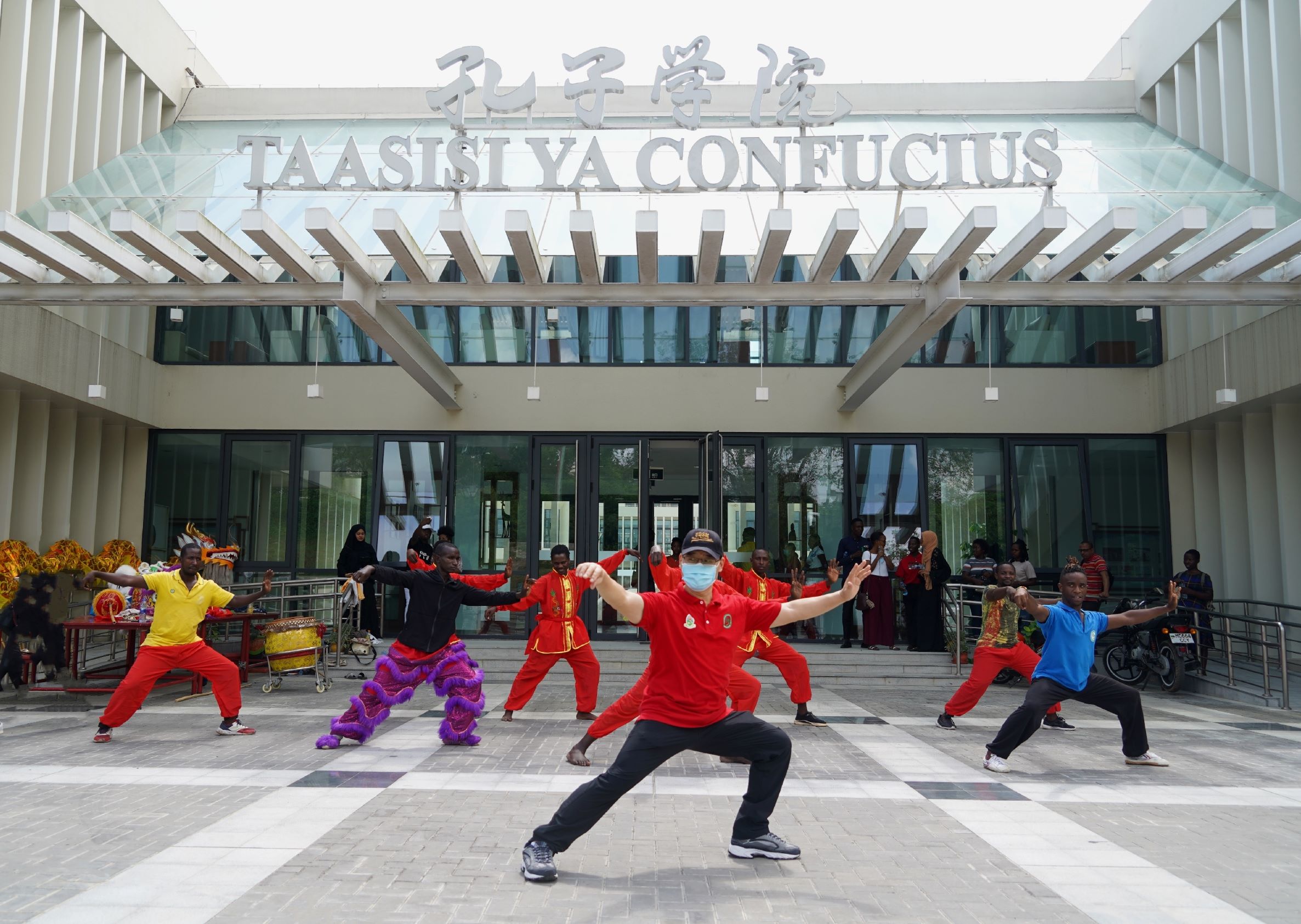 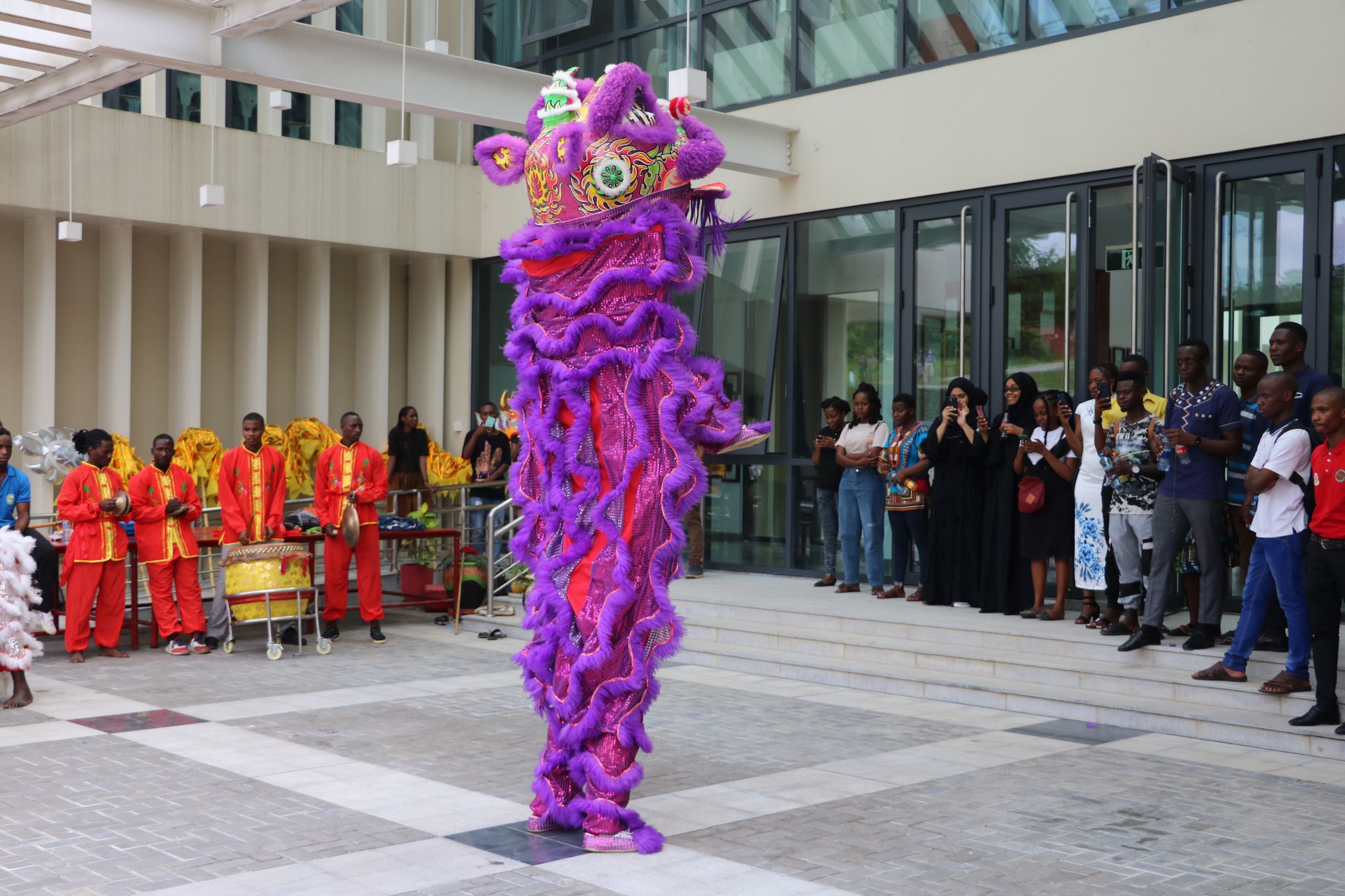 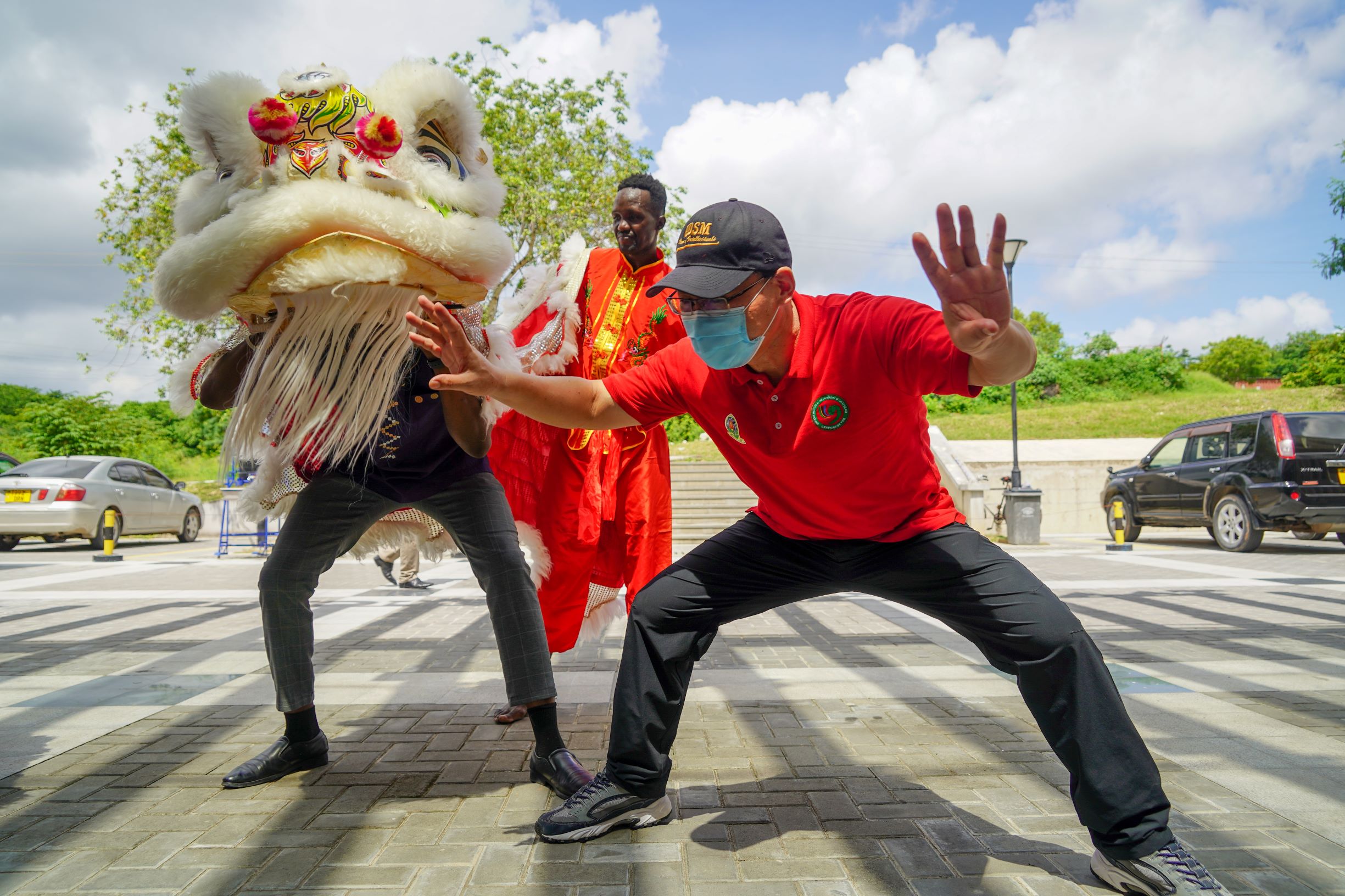 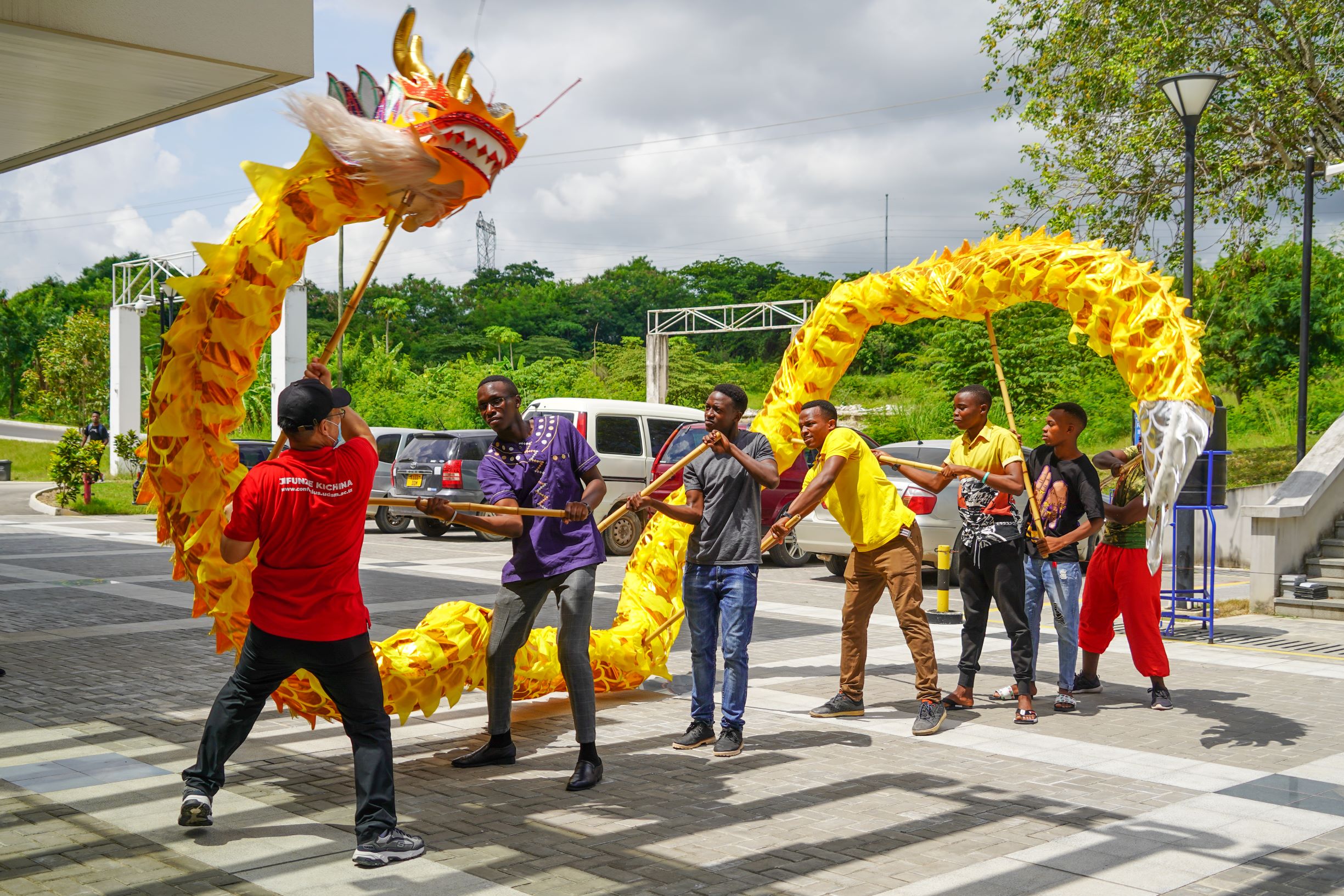