On Thursday 10th June 2021, DUCE College Management benefited from a workshop on unconscious gender bias. The one day workshop was organized by DUCE - Gender Unit with the support of ‘GATE Project’ aiming at empowering DUCE Management on the general overview of unconscious bias and how it is related to gender equality and gender equity in their working environment.

The workshop was facilitated by Ms. Salome Anyote, a gender expert who is working with Tanzania Parliamentary Group (TWPG). Ms. Anyote remarked that the workshop intended to raise awareness and build the capacity on how to mitigate unconscious gender bias in the community.

Speaking during the opening session of the workshop, the Deputy Principal-Academic, Dr. Julius Mbuna, said that the Management and the entire Community should have a general conceptualization of unconscious gender bias and start institutionalizing its strategies, issues and concerns in the working places.

In her presentation, the plenary speaker, Ms. Salome Anyote stated that unconscious gender bias stands for unintentional and automatic mental associations based on gender that emanates from traditional, norms, values, culture and experience; that remain significant barriers to women’s carrier advancement. She further said:

“The survey reveals that activities that are regarded as a part of unconscious gender bias include companies’ barriers to women’s leadership, social roles of women and men, perceptions of man’s job, masculine corporate culture, stereotypes against women and inherent gender bias.”

The GATE project Coordinator, Dr. Perpetua Urio congratulated the participants for attending the workshop. She requested the DUCE Management to continue attending trainings conducted from time to time on gender issues that aims at minimizing the impact of gender bias. She insisted that in decision making, Managers should not rely on perceptions resulted from stereotyped impressions rather than employees’ skills.

A Cross-section photo of participants attending the presentation

A Cross-section photo of participants attending the presentation 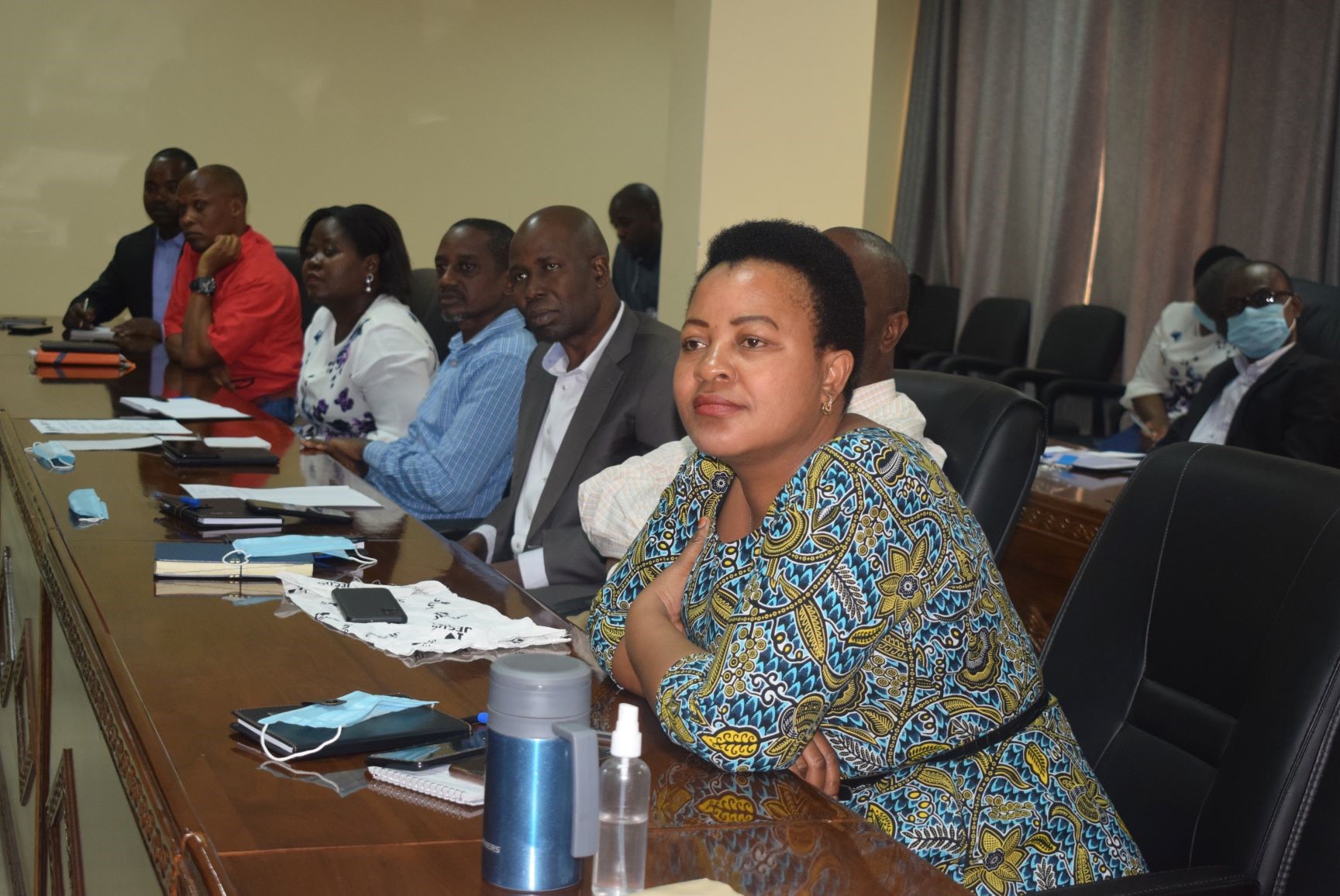 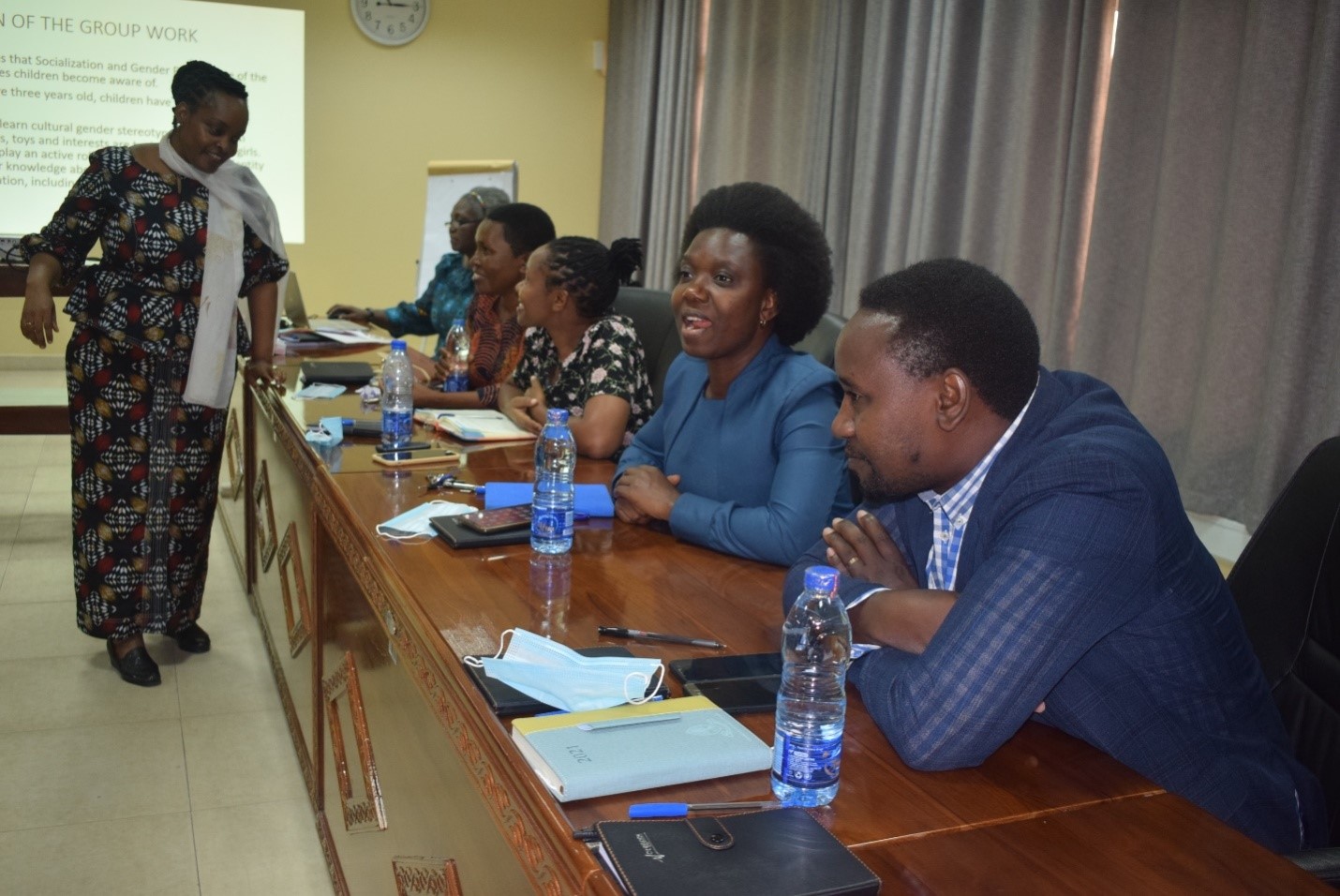 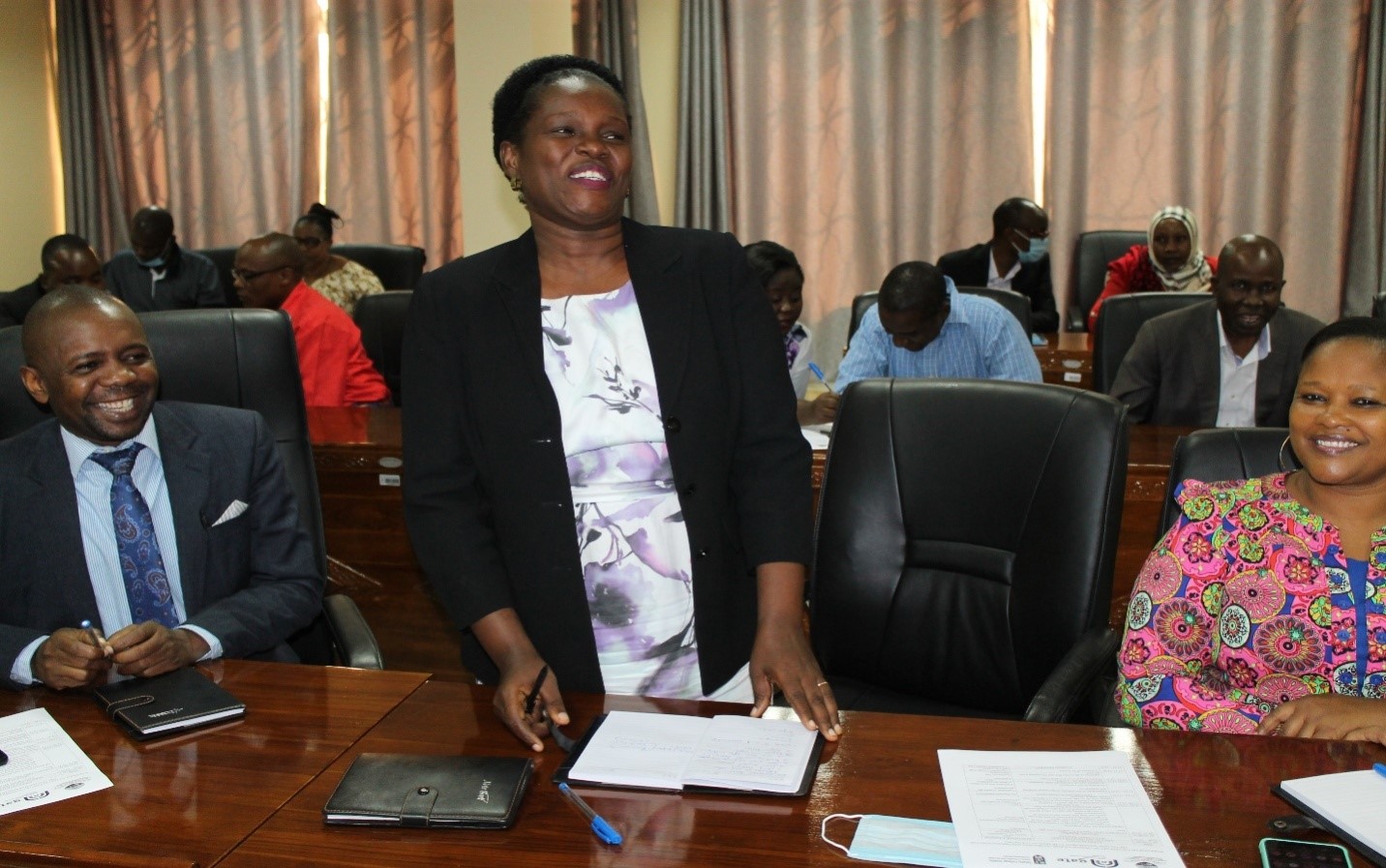